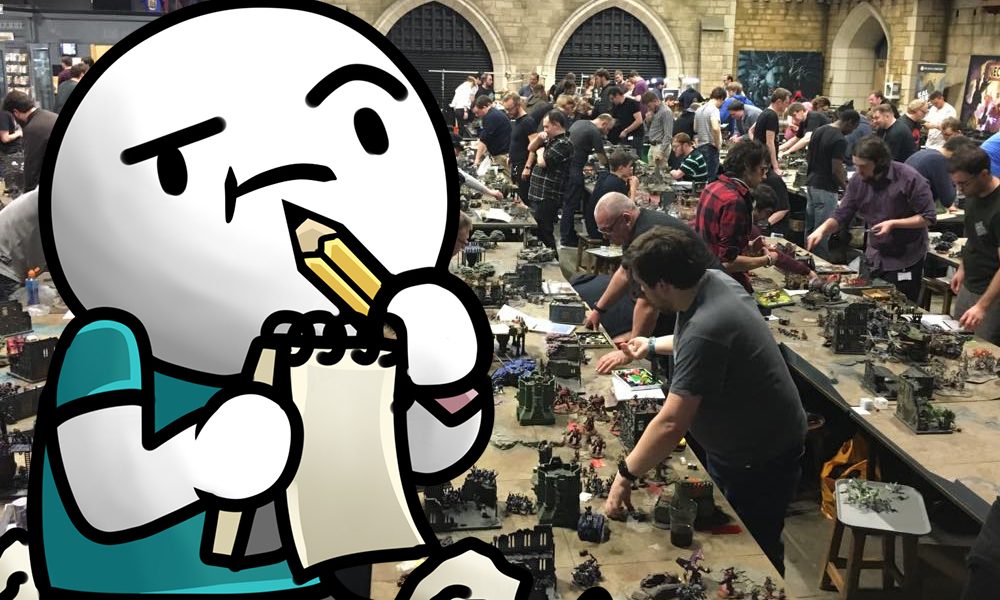 So there has been a lot of talk on the internet recently about new people and tournaments, so I wanted to take a dive into what I wish I had known, and what others in the community had known before going to their first tournament, and how Event Organisers can assist in this!

First and foremost, a “tournament” does not necessarily mean a weekend of the most intense competitive gaming ever. For most, this is just the word used when describing an Organised Event. Something I spoke to the community about was the fear of this word. So, as an Event Organiser, are you trying to run a competitive event where you want only those to attend who are “in it to win it”, or are you running it for everyone? Why not change the word! Run a “Weekend Gaming” event, or a “Warhammer Gaming Event”. Would this help those not wanting to be competitive?

Off the back of this then, sometimes people are worried they don’t know the rules well enough. WHO CARES you’ll hear me shout. Nobody is ever perfect with their army, everyone will make mistakes, it is a fact of life! I have had some of the most enjoyable games of a weekend against people attending their first event! For some, these events are the only (and I mean ONLY) chance they get to play! Why should it matter if a few mistakes are made! The most you’ll ever learn about your army will be at an event as you’ll actually be spending the time with the book and the rules, and against so many people who have all sorts of knowledge.

If you are still worried, go to a Throne of Skulls, a campaign weekend, a local friendly event. But never feel you can’t pay to attend a weekend because you don’t think you are good enough. You are. You are in the best hobby ever with some of the nicest people ever! Sure, you may face one or two bad opponents, but they are far and few between. Focus on the positives, learn what you can, and walk away proud that you tried something new!

Another worry for some is not knowing anyone. You will do afterwards however. Warhammer players can be some of the nicest and most caring people you’ll ever meet. You all have something in common, which you are all there to do! Enjoy your hobby, if you are nervous, you can talk to the Event Organisers before or during the day or weekend. They won’t mind, and will be happy to assist you and help you out! And talk to your opponents, don’t be afraid to say “this is my first event”. You’ll find most will help you out and take you under their wing!

As the organiser of events, do what you can to help those out who have never been there before! Whether it is appropriate signage – “Sign in here”, “Bar through there”, “Lunch served here” etc, so people can just know where to go, or having someone greeting players! Someone there to say “hi” and “welcome” and “thats there and here is this” would be amazing! Could you set up a group on discord or other social media sites for those attending so they can talk before hand?

Let’s also talk about trays and transporting your army! Making sure that the players have enough time to get to their tables and move around BEFORE starting any timers. Could you provide trays to the players for their armies? This is something I find missed out of most event packs that I attend, so an important note for players, bring your army either in a way you can easily transport it around a crowded room, OR a tray you can leave your army out on and store your case somewhere during the day. Don’t bring in non-essentials if you can help it. Has the venue got somewhere to store bags and cases during games?

And let’s mention name tags too! For those who are TERRIBLE with names (I am one!) it makes life much easier if you can look at your opponent 3 turns in and know their name from a tag. It’s a little thing, but being able to see their name to talk to them stops any anxiety while your try and run through a million names in your head to remember what theirs was! I like to also note down their name and army on my score card so at the end of the weekend I don’t have to try and remember which game was who! It makes it much easier for choosing your favourite game!

It’s also mentally and physically exhausting trying to play 3 or more games in a day. So, does the venue have seating? Do they have a bar and snacks? Is lunch provided? As an Event Organiser being able to include as much information as possible in your event pack will massively help those new players. A pack that just says where and when and the army size is no help to those who have never been to that venue or one of your events before! Provide some key information, access to the building (like which door to use! Again, signage massively helps with this, I have ended up standing outside too many venues until someone else has arrived!), any food and drink services, local shops if no food is provided, how long between games (important one this. Give the players time to sit and rest for a bit if you can), so much information would be useful, and might just help 1 or 2 new players sign up to the event!

One more thing, a list of essentials I regularly forget:
– Dice
– a tape measure
– copies of your army list
– your army books and rule books (either physical or on your phones)
– a tray to move your army on
– objective markers, a pen and paper
– a bottle of drink (until the bar opens, or more if there is no bar)
– a snack, lunch (if needed)
– a jumper (it can get cold sometimes)
– and YOUR ARMY!

Remember, events are a big scary new world that not everyone has stepped into before. If you have, help them out and be nice! They will thank you for it later!

If you have any other comments or advice for Organisers and players, drop it in the comments section! We would love to know your thoughts! 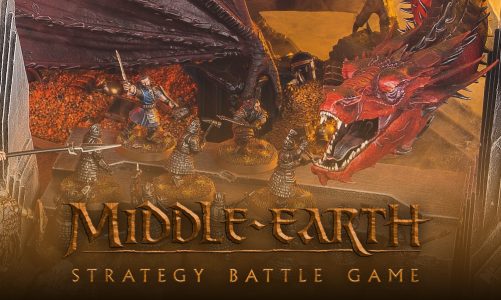 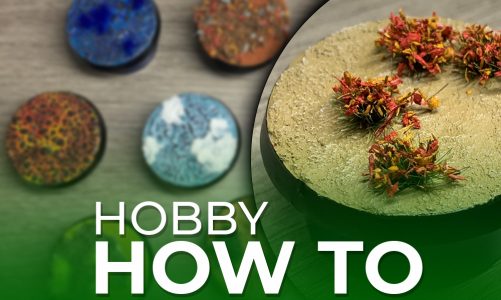 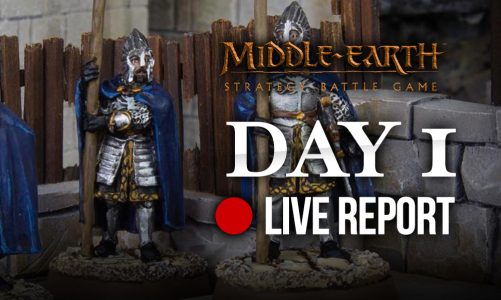 Articles Features Other Other