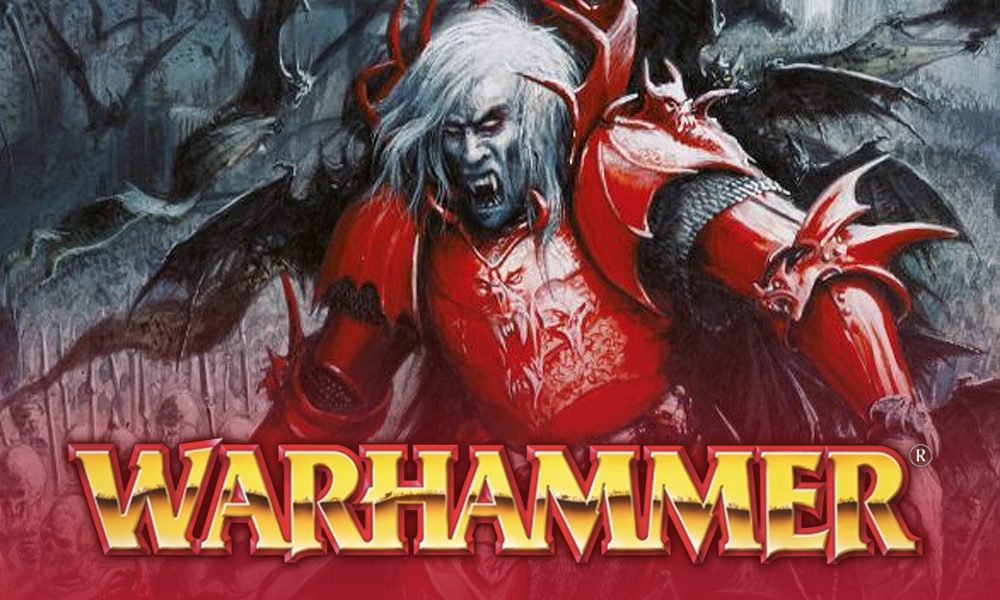 Having seen the preview of the Soulblight Gravelords from the Warhammer Preview: Online! recently its spurred some of our community to regale the tales and origins of Vampires in the old world and through to the end times. Over a 2-part series, we have got Moog and MrLlamatastic filling us in with all things vampire! So without any further ado let’s just into the History of Vampires in Warhammer.

Vampires of the Old World

The story of the vampires in the Warhammer World consists of many branches, following many “bloodlines”, but all can trace their origins to the ancient kingdom of Lahmia and the very first vampire: Neferata. Through the deceptions of Nagash, The Great Necromancer, Neferata and several of her contemporaries learned of dark, necromantic magics and became the founders of the great bloodlines that would last for millennia thereafter.

The vampire who, arguably, had the greatest impact on the Old World was Vashanesh, husband of Neferata. He was a powerful vampire, and was in possession of a magic ring (thought to be given by Nagash himself) which allowed the wearer to “cheat death”. Following the dramatic events in Lahmia, he fled far into the frozen north to the lands of Kislev, where he took the name Vladimir. Through paths unknown, Vladimir eventually made his way further south to the land of Sylvania which was being attacked by skaven in the wake of a great plague. Vladimir aided the people of Sylvania in defeating the skaven, and then laid low for 700 long years.

The next time we know his whereabouts was when Otto von Drak, the Mad Count of Sylvania was laying on his deathbed, and using guile and bravado, a dashing, youthful-looking fellow (if a little pale) with impeccable heredity took the hand of the count’s daughter, Isabella, in marriage and inherited the title of Count for himself. His name, was Vlad von Carstein.

The reign of Vlad and his wife Isabella, who despite marrying for convenience he grew to adore, was an insidious tyranny but, if you can believe it, was viewed by the people of Sylvania as a welcome break from Otto von Drak! So disconnected was the life of nobility from that of the common folk that most people seemed not to notice that their rulers remained unchanged for generations. The few people who did notice mysteriously disappeared shortly afterwards.

One by one, Vlad turned high lords of Sylvania into vampires bound to his will, ensuring the rule of his province until something unexpected happened that sent his ambition soaring – a meteor made of pure warpstone landed on the capital city of Ostermark, Mordheim. Sending wave after wave of followers into the City of the Damned, Vlad gained enough of the foul substance to kick-start his plan to overthrow the entire Empire. He threw a big party for all the nobility of Sylvania, and slaughtered every one of them (who wasn’t dead already!) It was then that he incanted powerful necromantic spells learned from Nagash and raised a gigantic undead army.

With his new army, Vlad swept the Empire, killing thousands and adding them to his undead host. Several times the brave heroes of the Empire killed Vlad on the battlefield, and each time he dramatically came back to life thanks to the power of his magic ring. The campaign culminated in Vlad’s attempt to overthrow the Imperial capital of Altdorf, but due to the treachery of one of his sired sons, the magic ring was lost, and Vlad was defeated and destroyed.

The treacherous son was Mannfred who, following the demise of Vlad, decided to leave the Empire, travelling far and wide to learn more powerful magic and necromantic lore. This left his “siblings” to fight for the rule of Sylvania. His utterly bonkers brother Konrad won this contest, and ruled for about a generation until an alliance of Dwarfs and Men ended his unlife.

Mannfred returned, more powerful than his sire had ever been, and waged an even greater war against the Empire over the course of twenty years. So great a threat was Mannfred, that a gigantic host from every State in the Empire was drawn together to face him, allied with a throng of Dwarfs, and defeated him at the Battle of Hel Fenn.

Mannfred’s body was never found by either man or dwarf, and in true Von Carstein fashion, he was later resurrected (this time, with the help of a necromancer). Rather than lick his wounds, Mannfred scoured the world in search of allies and greater power. The next time Mannfred took to the world stage was during The End Times.

True to his previous actions, Mannfredd continues to gather necromantic objects and hoard them in his castle. These include 7 of Nagash’s 9 dark books, the Crown of Sorcery and…Nagash’s hand, lovely. In his time hiding away he’s also managed to capture the fay enchantress of Bretonnia, and the Everchild combining their bloods with priests of various faiths, erecting a large wall of bone around Sylvania that only the dead could travel through.

Arkhan, Nagash’s most trusted servant pierces the barrier and is met with hostility by Mannfred, after some diplomacy it turned out they had the same goal of resurrecting Nagash and Arkhan had bought the 2 books of Nagash that had been missing from Mannfred’s collection. All they needed to complete their goal was Nagash’s last artifacts, his armour, staff and the Fellblade, a weapon that had caused his demise an age ago.

Between the two of them, they recovered these within a year and with relative ease. Arkhan and Mannfred began the ritual to revive Nagash, planning all along to spoil the ritual and instead control Nagash upon his revival Mannfred was thwarted by the arrival of the High Elves hoping to recapture the Everchild who was a component of the ritual. Having to hold off the Elven army and unable to commit to his plans, the ritual was completed successfully and Nagash returned.

In return for aiding with his revival, Mannfred was given power, the title of Mortarch of Night and a new steed, a Dread Abyssal.

However, despite this Nagash read Mannfred’s mind and his plotting and thoughts of treachery were revealed, to spite him Nagash then resurrected Vlad Von Carstein, who then proceeded to beat Mannfred in combat, causing many of his followers to defect back to the true ruler of Sylvania.

Nagash then invaded Nehekharam and Mannfred forged an alliance with Luthor Harkon, a vampiric Mortarch in control of the vampiric navy. Mannfred would attack by land, whilst Luthor by sea. He would encounter the undead forces of the Tomb Kings whilst at war and barely managed to beat his foes without the help of his subordinates.When Nagash conquered the tomb kings, Mannfred thought of nothing but what would have happened if he had been aiding the Tomb Kings instead.

In time Mannfred was named a commander of the undead forces, and took battle to the nurgle forces invading Sylvania. Once again he proved barely able to win a fight and was overwhelmed, he ended up meeting with Luthor and Vlad once again and took to the fight once more, before deciding it still wasn’t enough to overcome the nurgle forces and left Vlad and Luthor for dead, stealing Luthor’s flying mount and fleeing. He eventually realised that Luthor was hanging on for his life and cut his arms off, letting him fall to his death as a distraction.

As the forces of Nurgle drew closer to Nagash’s store of power “The Black Pyramid”, Mannfred returned to Nagash’s forces and became a messenger between his various powers making sure aid for the battle to come would arrive.  When the time came to defend the Pyramid, Arkhan issued the battle orders of which Mannfred ignored and stayed on the outlines so that he would not perish. When the pyramid eventually fell, Nagash unleashed its magical reserves to destroy the nurgle forces he rushed in to try and take command of the undead. However Nagash had survived the magical ordeal and returned his most loyal servants to life.

Without his stockpile of power, Nagash decides to ally with the surviving elves, dwarves and humans and travel to Athel Lorean. Nagash in order to gain the trust of the elves and gain acceptance, offers the murderer of the everchild to them. Mannfred believing this to be Arkhan as he ultimately sacrificed her in the ritual is fairly smug with this, until Nagash offers him up instead.

Mannfred becomes enraged at being betrayed by Nagash and from seeing Vlad still alive standing as one of his most trusted servants despite abandoning him to die to the nurgle forces. He is then visited by Be’Lakor, a Daemon prince of chaos. Recently having been betrayed, he instantly offers up information on the alliance to the Daemon prince and uses him as a distraction to escape. He then flees to Middenheim to visit Archaon, Lord of the End Times.

He pledges allegiance to Archaon, and sits back waiting to strike at the last moment of the battle between Archaon and the remaining forces of the alliance. His final act of ultimate betrayal, is sneaking into the final battle and slaying the force of Metal Incarnate- Balthasar Gelt with a literal stab in the back. The magical forces erupt from Gelt and attempting to control the magics end up killing Teclis. Seeing Teclis fall Tyrion slays Mannfred, avenging his brother and his daughter the Everchild.

At this point, the damage had been done and the remaining heroes of the alliance could no longer contain the magics….causing the world to end.

So there we have it, Mannfred Von Carsteins greed and lust for power caused the direct end of the world! Note: He may have had ever so little help from Archaon in the ending world department too.

Join us Friday next week at 2pm GMT for Part 2 and learn more about the history of vampires in Warhammer! 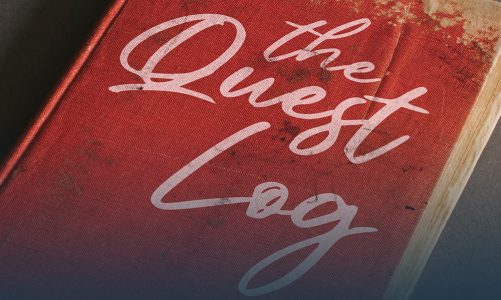 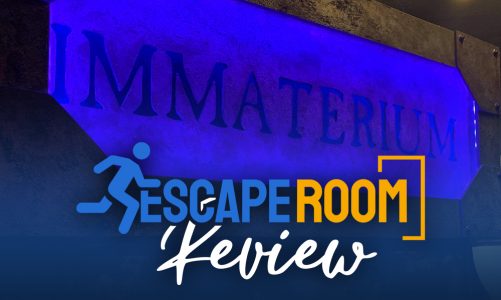 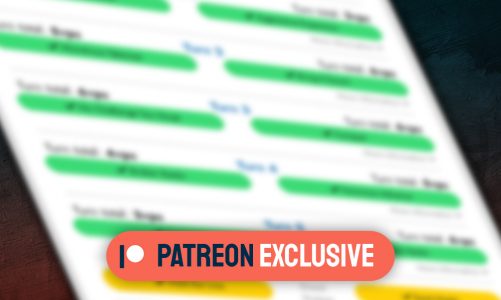